As the Winter Olympic Games in PyeongChang, South Korea arrives at an end, 2018 continues to be a big year for sports. Earlier this month most of us at Hinman, along with the rest of the country enjoyed watching the Philadelphia Eagles take home the Super Bowl trophy for the first time. A historical event for the city that is only surpassed by the signing of the Declaration of Independence. And this summer the world will turn its attention to Russia as it will host the 2018 FIFA World Cup. The crowds that arrive at these cities, often doubling the population overnight, place a huge strain on the infrastructure and security for the host city and country. As a result, a lot of investment goes into making sure that the games go both smoothly and safely.

The Olympics has a long-held tradition dating back to its founding in Greece in Olympia as a time for political strife to be set aside. The Olympic Truce, as it was called, was put emplace before the games to allow travelers to the host city-state of Elis to travel to-and-from the games. The truce today is modernly recognized by the International Olympic Committee (IOC) and the United Nations Resolution 48/11 of 25 October 1993. However, the draw of large crowds and a global spotlight that the Olympics brings make for an appealing target for terrorist attacks. Attacks that are often driven by the global political climate of that time.

The Olympics has seen two major terrorist events since 1970 that have significantly shaped security operations for the games. The first of which took place at the 1972 Summer Olympic Games in Munich when eight Palestinian terrorists broke into the Olympic Village and took nine Israeli hostages. The aftermath of the event led to the deaths of five of the eight Palestinian terrorists and all Israeli hostages.The event highlights several failures on the part of security, especially the lack of proper preparation and poor communication between necessary security agencies. The second attack took place at Centennial Olympic Park in Atlanta, GA during the 1996 Summer Olympics when a pipe bomb went off killing one and injuring hundreds more. Despite the substantial improvements of security from 1972, it was clear that communication needed to be improved between the different levels of government from federal down to local. And although no major security concern or terrorist attack has taken place during the Olympics since 1996, other global events around the world continue to shape how we handle security. After the events of 9/11, it is estimated that costs for security at the olympics has doubled. 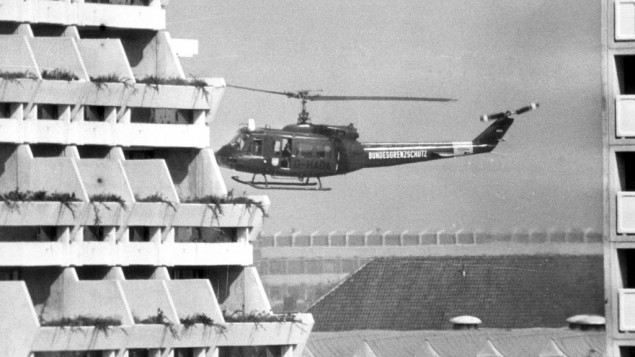 For the 2018 Winter Games, an estimated 80,000 foreign travelers descended on the city of PyeongChang, a city of just over 40,000 citizens, to partake in the 2018 Winter Olympic Games. An amount that would lead to the Republic of Korea (ROK) investing in a high-speed rail line connecting Seoul to the host city of PyeongChang, a ride that previously would have taken 5 hours, now done in 1.5 hours time.

The security preparations for the Games began 2 years prior the opening day. As the host country, ROK was responsible for the overall security but would maintain a very much collaborative effort between all competing countries and private agencies through the course of the games. The security efforts by the United States were represented by the Diplomatic Security (DS), who worked in close liaisons with their South Korean counterparts. As these games approached many feared that with the increasing tensions at the Korean Peninsula that extra precautionary measures would need to be taken.

In a security briefing about the 2018 Winter Games, Rick Colon, Director of Protection for DS iterated their “approach to this has been no different from any other Olympic Game, [or] any other international event.” The director went on commenting that all credible threats are being considered and collaboration with the South Korean agencies is key to the security efforts. The briefing showed how much has been learned from past mistakes. Emphasizing over and over the importance of collaboration and information sharing between all participating agencies. In addition to establishing communication lines, rigorous simulation exercises were practiced, checking that all prevention, protection, and response measures were in place for any given scenario.

Operationally the security focuses the Games were broken up into two clusters, PyeongChang and Gangneung. PyeongChang being the mountainous cluster hosting the ski, snowboard and sledding events while Gangneung hosting the winter stadium events such as skating and hockey. The security concerns and most credible threats for these games attest to the challenges of security in the digital age. Threats for the Games focused mainly on unmanned or remote attacks via drones (something that Hinman has seen as a growing concern in the industry) and/or computer networks. An aerial ban was placed on the surrounding venues. In addition, an amassed fleet of drone-catching drones that deploy a net to render an attacking drone inoperable were at ready to respond in an instance notice. On the cyber front, a computer ready response team of around 700 were available to maintain a 24-hour surveillance for any type of DDoS or malicious malware attack. In addition, the security operation was a team of approximately 60,000 personnel, 900 CCTV cameras, and 3 X-ray search vehicles.

The Olympic Games have always transcended political discourse among nations. The Olympics today may remain the truest form of sport. It is a time for a temporary olive branch, to put aside difference, and compete for country. To insure the Olympic Truce, it is necessary for security to be at their peak performance so that the athletes can perform at theirs.